A trip down to South East Northumberland was very productive, I started at Newbiggin where Terns and Gulls were to be found in reasonable numbers, including a number of Arctic, Common and Sandwich Terns plus a single Roseate Tern on the breakwater. There were also several Mediterranean Gulls of varying ages, the sea was covered with Guillemots, Razorbills and Puffins.
Cresswell Pond held 56 Lapwing, 1 Greenshank and 13 Avocets(many of which were juveniles). Next to Druridge Pools where the main interest were the Butterflies and the Bees along the track to the hides, including Green Veined Whites, Meadow Browns and a single Common Blue.
Finally to East Chevington where amongst a huge flock of about 1000 Lapwings was a single Curlew Sandpiper. 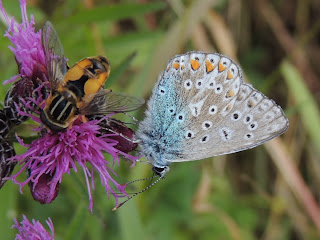 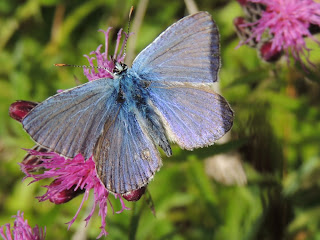