On Wednesday 22nd I was down at Wark (the one on the North Tyne, not on the Tweed).  About 400m up river of the bridge (still under repair and open only to pedestrians) there's a wooded island in the river called Gold Island.  It's close enough to the east bank to wade across providing the river isn't in flood.

At the moment the woodland floor has the best mass covering of Bluebells I've seen in years.  My photo doesn't really do it full justice.

Then at the west end of Wark Bridge there were three specimens of a plant that hasn't been recorded in Northumberland since 1987 - Celandine Saxifrage (Saxifraga cymbalaria).  It's a beautiful little thing and quite good enough for you to want some in your own rock garden.  It has probably reappeared here as the ground has been disturbed by the bridge works. 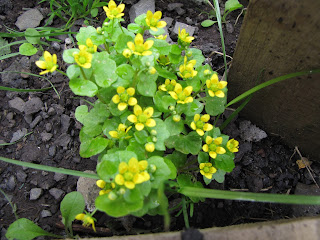 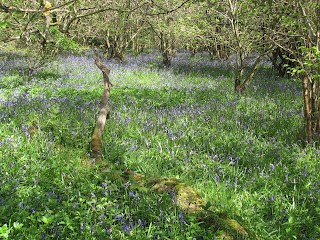