We had just started around Branton Ponds when a friend called and said a juvenile Ivory Gull had come up on his pager and was at Seahouses Golf Course,que panic and mad dash to Seahouses.
Fortunately we were in luck and we joined a group of about 20 birders scoping a superb juvenile Ivory Gull at a distance of about 60 yards. Occassionally it came closer and gave great views to everyone there, the group gradually grew and when we left numbered some 40 birders with more turning up all the time. Even more astounding was when a second bird appeared,which is staggering bearing in mind the last Northumberland bird was 34 years ago. 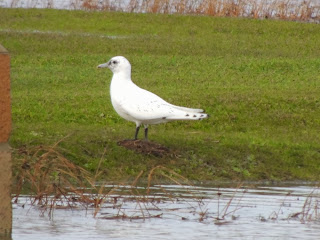 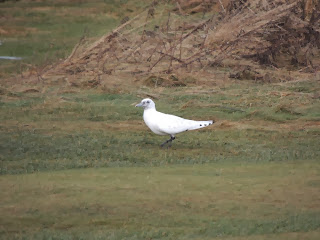