Last Sunday (9th) I went botanising with Chris & Hazel Metherell and Ian Filtness from AWG in the dunes at Bamburgh.  My Plant Corner article in the June newsletter shows some of the unusual naturalised garden escapes that we found, but better were the two truly wild species.

Scots Lovage (Ligusticum scoticum) is not dissimilar to Ground Elder in its leaves and flowers, but the only two places it is found in Northumberland are at Cocklawburn south of Spittal and here at Banburgh.  There's been some suggestion that it had disappeared from Bamburgh, but Chris found a single plant among the Marram Grass in the dunes.  The one in the photo is not the specimen we found, but it is at a similar stage before flowering. 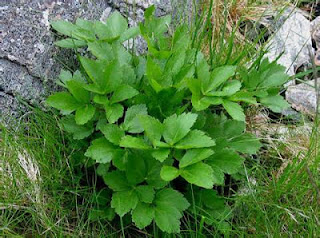 Then I found myself standing right by a decent sized patch of Purple Milk Vetch (Astragalus danicus).  This is a well-botanised area and Purple Milk Vetch is uncommon but not rare in Northumbrian dunes, yet the last record for it in this tetrad was in - wait for it -1805!  So I was very pleased to have spotted it. 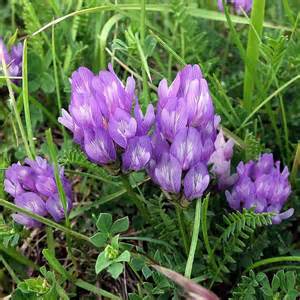