Inspired by Shaun Hackett's talk I took a close look at the bees on our garden heathers in the sunshine this morning.  My first two sightings were White-tailed and Buff-tailed. 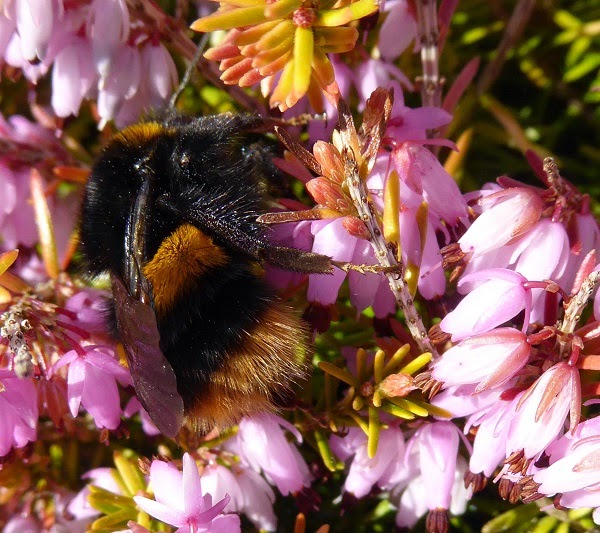 Then I spotted a bee that I'd never knowingly seen before, but I remembered Shaun's slide and realised this was a Tree Bumblebee.  Sadly by the time I'd dashed in for the camera it had disappeared so I can't show a photo to prove it, but it had an un-banded orangey-yellow thorax and a white tail and was unmistakable.

Finally, I'd almost given up on the bumblebees when a smaller bee came into view.  My photo is not the best, but I'm pretty certain this was an Early Bumblebee. 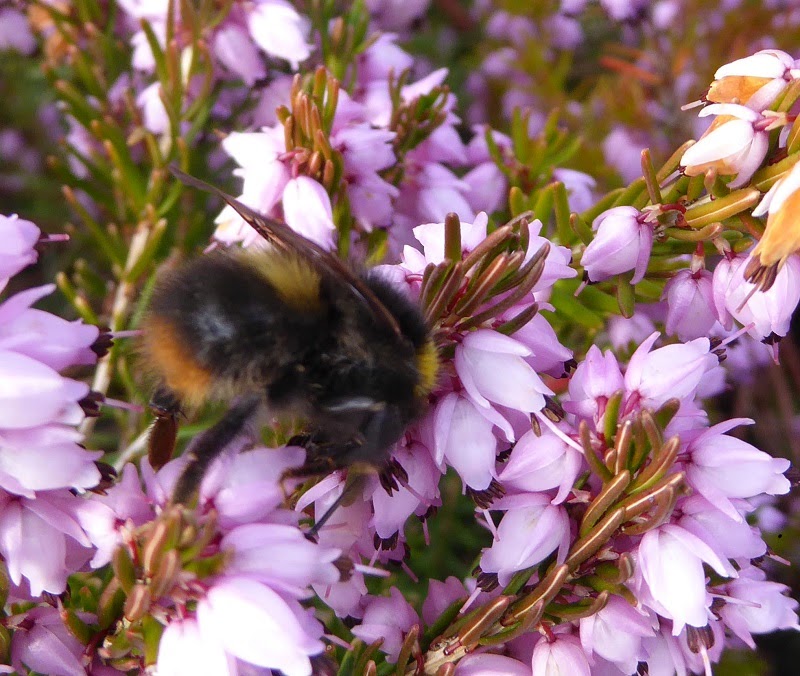 Also on the heathers were a number of small bees, all the same species as far as I could tell.  My first thought was that they were honeybees, but I'm not so sure.  They may well be a species of solitary bee - too big for Colletes spp. - but I'd appreciate any suggested identification, even if it is honeybee. 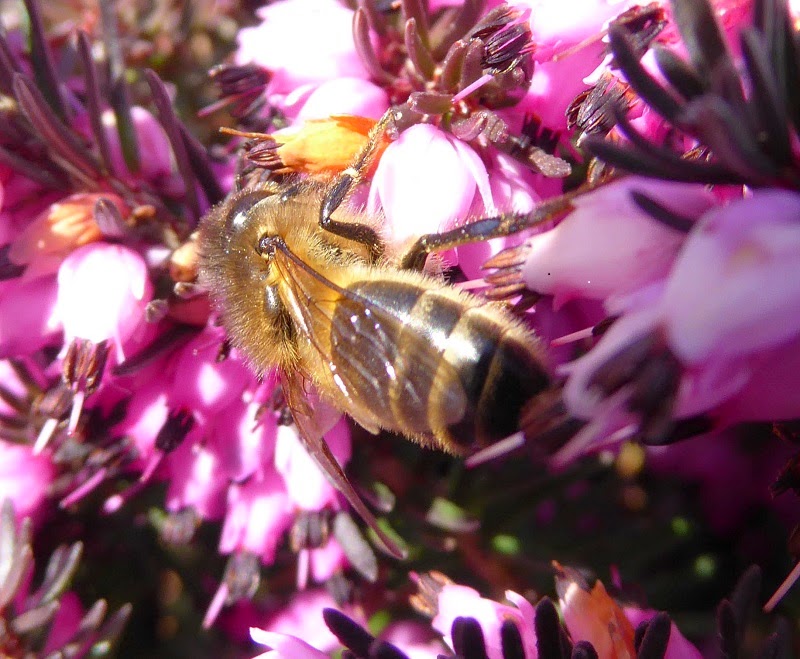 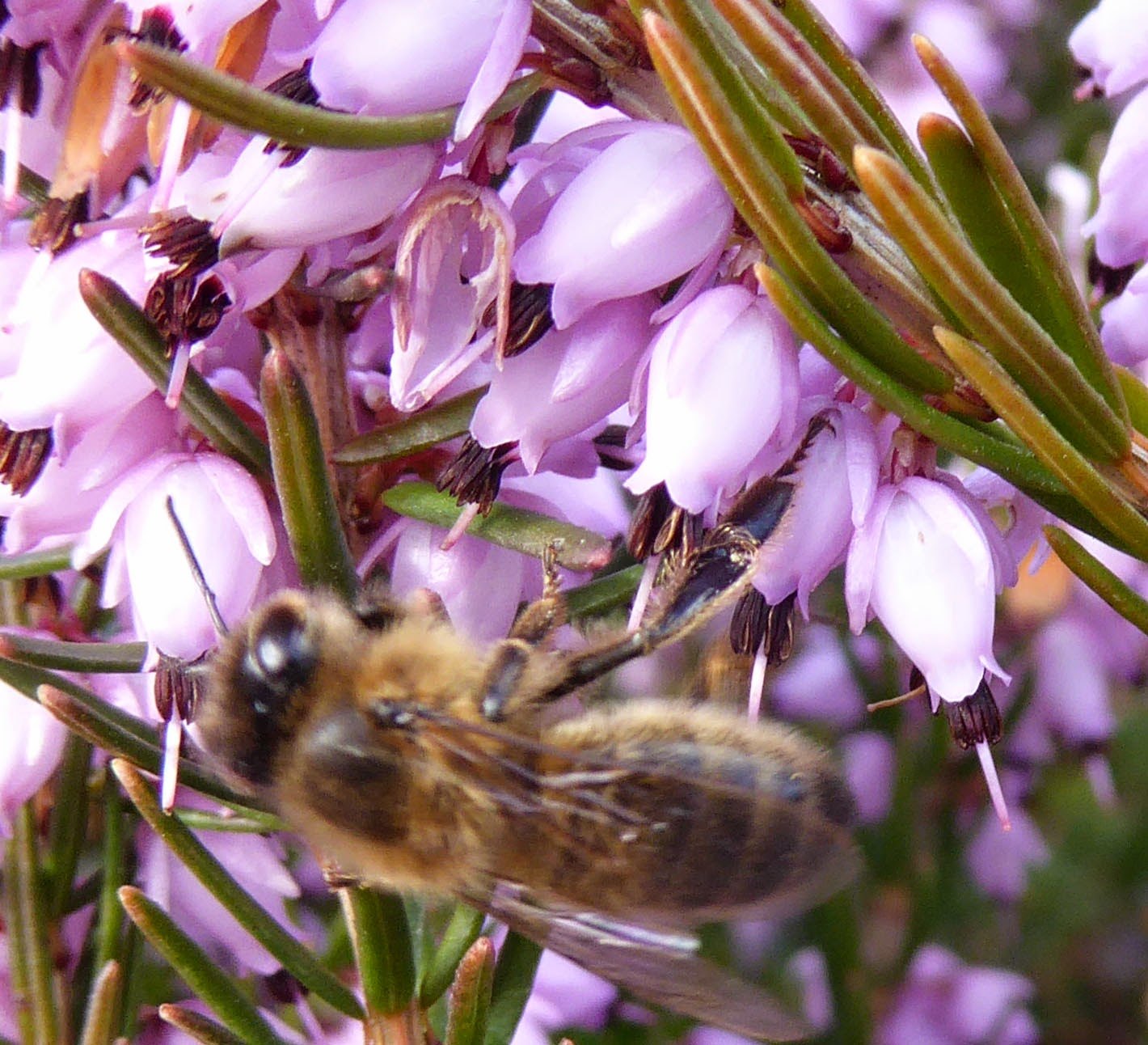