On Sunday I got a text message from Mike Carr to say he'd just had a Bittern at Branton Ponds, we were straight out  but didn't see the bird. Mike then sent us a stunning flight shot of the bird which left us drooling, so at first light on Monday we were in position staking out the site, eventually we briefly saw the bird as it flew from one side of the pond to the other, then back home for breakfast.
This is the second record for the site after a bird in 2014 and many thanks to Mike who provided the photos. 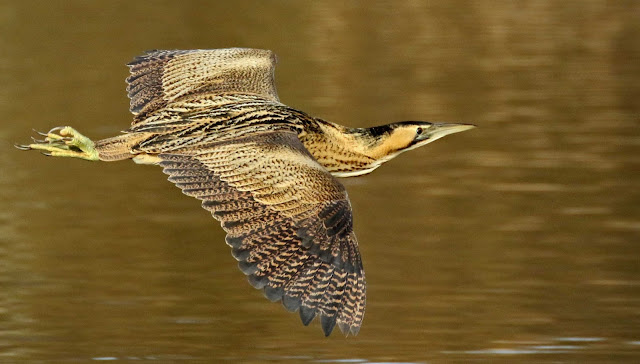