I was about to go around the Ponds and Keith had the car packed to do some work when I decided to check the computer, good move as the first thing up was a White's Thrush on Holy Island, it had just been found so I rang Alan Hall who I knew would be there, what came next sounded like- yes,pant ,pant, pant, Straight Lonnen,pant ,pant, heading there now. By this time Keith had cleared the car and within minutes we were away, at this point I should say no speed limits were broken during this blog.40 minutes later we were walking very quickly up the Straight Lonnen , we finally reached the willows at the north end where a group of fellow birders were scanning the trees. Almost immediately the bird appeared and showed well to the assembled group for quite some time, a large thrush with  very distinctive markings and when it flew the underwing barring showed up very well.At this point we decided to leave the bird and head home as we both had work to go to, we felt very smug as we headed back along the Lonnen with groups of birders running in the opposite direction knowing that we had seen probably the Holy Grail of birds,lets hope many more saw it too. 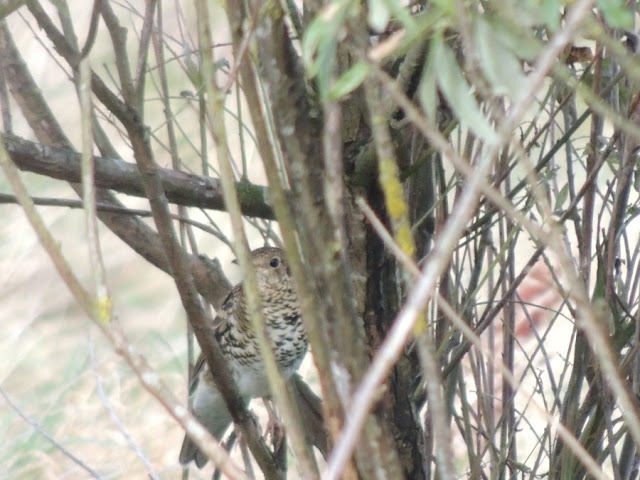 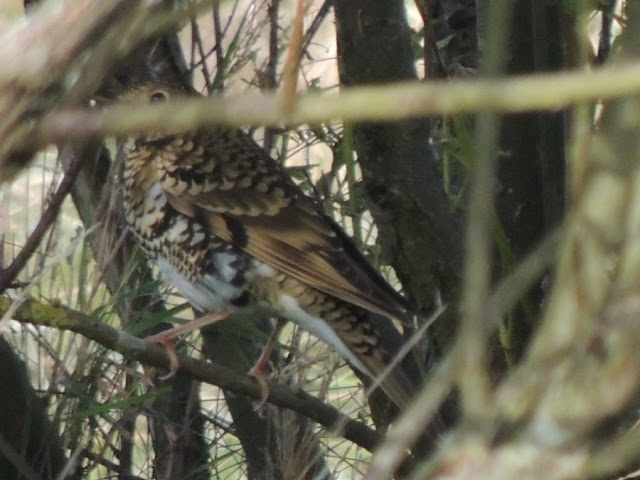