Once again this year Branton Ponds turned up trumps, we were getting ready to go out with the dog when we got a phone call from Alan Hall to say that he and Stevie Rippon had a 1st winter Iceland Gull on Branton Ponds, quick change of plan and we were on site in less than 5 minutes, only to find it had flown off. After checking other local sites we decided it was gone forever, not so, whilst checking Branton later I suddenly saw it sitting on the water, which was astounding as 2 minutes earlier it had not been there. After swimming around for a while it eventually took off and headed to the east , hopefully in the next few days it may return. 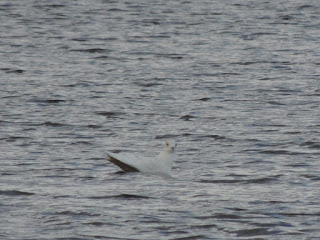