Doing the NEBS survey yesterday at Townfoot brought an unusually high total of Dunnocks, which presumably is an indicator of the mild winter.  But even better was the fact that many of them were definitely paired up, with some involved in courtship behaviour.  And the Skylarks were up and singing.

Then later yesterday I went to check a small group of Larch at Titlington Mount which are often the first to show signs of leaf buds breaking.  I took the photo showing just the first sign of green, but then found a twig where the buds were really advanced and took the second pic.

So definitely spring, even if we've got March and then lambing storms in April to look forward to yet. 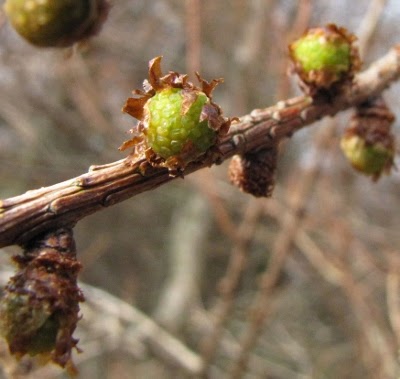 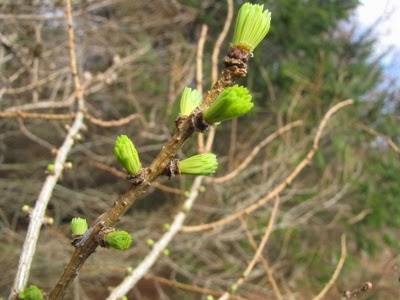